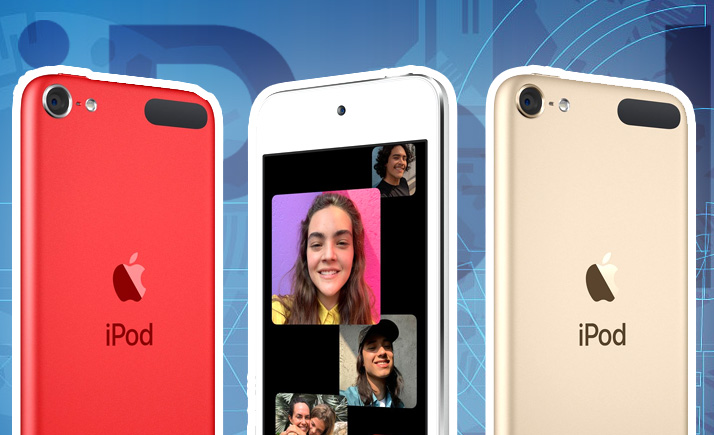 No Comments on Why an Upgrade Is Necessary for the iPod TouchPosted in Special features, Technological advances By techwizzjoePosted on November 23, 2021January 28, 2022

Many can still remember the good old days when the iPod touch was a big hit. It was a must-have device before the iPad or iPhone. Today, it seems that those days are falling behind gradually. Apple doesn’t seem interested in promoting iPods in recent times. You’ll need to search for the iPod touch on Google to know whether Apple still sells the seventh-generation device.

This particular version of the iPod (iPod Touch) was available in 2019 with 256GB of storage and in six colours. It was promoted with the tagline ‘fun at full speed’. The company had even promoted it as a gaming device before the release of Apple Arcade. However, the iPod touch seems to be lost in time. This is despite the fact that the company’s gaming subscription platform has over 180 games.

The current iPod touch has the A10 Fusion chip, which can be found in the iPhone 7. Although the iPod touch feels small, it’s twice as fast as its predecessor. The device also has graphics that perform three times better. It comes with an 8MP camera, which can record videos in 1080p HD. The FaceTime HD camera of this device has a resolution of 1.2MP. These features certainly seem outdated. Now, it needs to be seen whether Apple would come up with an eighth-generation iPod. Maybe that’ll get more people buying them again!

There are certain things about the iPod touch that might make you want to own one. Firstly, it is relatively affordable and can be used by today’s kids to play games. They can also use it to watch their favourite videos and listen to music. Kids can connect with their friends using FaceTime and iMessage too. As this device has a matte aluminium finish, it’s durable. Children can benefit from iCloud with a Family Sharing set-up. Using this feature, they can ask their parents to approve in-app payments. You’ll need to get back to 2019 if you wish to compare it with a gaming console.

When the seventh-generation iPod touch was launched, Nintendo still hadn’t introduced their Nintendo Switch Lite. It is a gaming device practically created for kids. The device has a design that’s more resistant with unattachable controllers. It also provides access to classic games of Nintendo. When compared to the iPod touch, it has a larger screen. When the cheaper version of the Nintendo Switch console was introduced, the iPod touch was left behind. The differences have now become much more noticeable.

An upgrade could possibly save the iPod touch

With the iPod touch, Apple certainly has an option of an upgrade. It can release an upgraded version with a better camera, a faster processor, and a larger display. Only such a move can save the iPod line from going away for good. In a conclusion, this device only seems to be useful for children today. Some Apple users might still buy this product for certain purposes.

Others won’t probably find a reason to buy an iPod touch. They might find it better to spend a little more and buy the iPad instead. It has a bigger screen, an improved camera, and a better processor. Homeschooling can happen much more efficiently with an Apple Pencil and a Smart Keyboard attached to it.