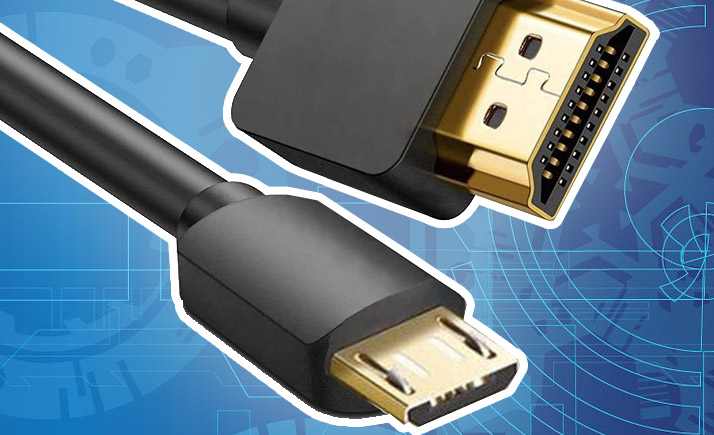 No Comments on 4 Ways to Make the Most of Your HDMI CablePosted in Accessories, Installation methods, Special features By techwizzjoePosted on December 18, 2021January 28, 2022

You’d always want an HDMI cable at home, as it has many uses. HDMI is the acronym for High Definition Multimedia. It’s a port or interface used for the transmission of high-definition digital audio and video data between devices. HDMI is supported on more than a billion devices today. These devices include desktops, laptops, video projectors, computer monitors, and digital televisions. In order to use HDMI, you’ll need a device that supports the standard. The device needs to have an HDMI interface or port. This is then used to connect to the other device by using an HDMI cable. Although HDMI cables are available in different forms and colours, their function is the same. They’re all used to transfer audio and video signals between devices.

Over the years the HDMI has evolved to a great extent. Today, it does more than simply transfer audio and video signals from one device to another. In recent times, HDMI can be used to control other devices depending on its version. This is done using HDMI-CEC. CEC is the acronym for Consumer Electronics Control. Today, you can share internet connectivity using the HDMI Ethernet Channel (HDMI-HEC). Audio output can be sent using the HDMI Audio Return Channel (HDMI-ARC). The HDMI connectors are classified into five types, namely A, B, C, D, and E. Among these five types, type A is commonly used. Here are some of the ways of making the most of your HDMI cable:

1. Connect your laptop to a TV

2. Connect your laptop or desktop to a second monitor

There’s yet another productive and popular way of using HDMI cables. It can be used to connect your laptop or desktop computer to a second monitor. Most of the people working on computers are fine with one monitor.

There are a few others such as software developers and video editors, who might need two monitors. Having a second monitor improves their productivity to a great extent. They can save a lot of time, which would otherwise be wasted minimizing and maximizing windows.

3. Connect your Set-Top-Box (STB) or decoder to the TV

You can connect a PayTV or a Free-to-Air decoder to your television through an HDMI cable. Sometime back, Composite AV Cables were used for this purpose. Such cables were called banana pins. Those days are now over as most of the STBs now have an HDMI port. This port is used in recent times to transmit HD audio or video content to your television.

4. Connect a streaming box to your TV

In recent times, streaming boxes are gradually replacing the good old STBs. As internet speeds have grown significantly, the demand for online videos is also on the rise. Most people today subscribe to online streaming services, such as Netflix and Prime Video. These services provide them with great entertainment and can be easily accessed through streaming boxes.

Some of the popular streaming boxes are Chromecast, Apple TV, Roku Express, and Mi Box S. All of these boxes use an HDMI interface to connect to your television.